Thank You for Visiting

What was my burning question?​

Why would people, who come to couples therapy,      persistently refuse to give words of kindness and support to their partners?

My book is an exploration of originsof these behaviors. It analyses the research on environmental, cognitive, emotional, intra- and interpersonal variables associated with these behaviors.

The research is both a clinical and theoretical of explanation of how controlling dance begins and is maintained, along with detailed suggestions for treatment.

What I found were three predictable patterns of engagement that just happen to map to the patterns that John Gottman discovered in his research describing "intractable couples."

Gottman and I took very different paths to arrive at the same conclusions. His research was behavioral, mine followed an attachment model.

My book is primarily written for researchers, scholars and clinicians.
It is not a very good self-help book unless this topic is especially interesting to you : )

In this book she describes the long-term consequences of disorganized attachment as it affects adult cognition, affect, and behavior, and the ultimate impact on romantic relationships.

She presents an Integrative Model of Adult Romantic Attachment that synthesizes empirical findings from studies across the lifespan. She integrates these findings with both the 3- and 4-category models of adult attachment.

Attachment theorists and couples therapists will benefit from Dr. Tyksinski's innovative, organized approach to understanding and treating this difficult population.

*Those With a True Incapability Include:
People on the Autistic Spectrum (ASD), specifically, Pragmatic Social Communication Disorder, formerly Aspergers Syndrome which was not addressed in this research.

(this was not addressed in the research)

​​​​​​After 20 years of treating couples I was so perplexed by people who absolutely would not offer their partners a kind word of support, show interest in their partner's thoughts and feelings, and refused to entertain the possibility that their *partner experienced things differently than they did.

They had no answers for me...except...for blaming their partners for their own lack of kindness.

Every marital therapist has encountered these couples. In fact, chronic patterns of hostile and controlling behavior account for more than 50% of the most difficult to treat couples.

These are not "bad" or "crazy" people. They could could be high-conflict or low-conflict couples, or a combination of the two. It didn't matter. They could be very successful in business and in other relationships. They used these successes to validate themselves and further blame their partners.

​
When it came down to it, I found that the one common denominator was a primitive life-threatening, excessive, need to be in control.

What does that mean?

The person feels like their very life or person-hood is at stake. That if they offer a kindness, somehow they lose and put themselves in grave danger. They don't consciously know this but they certainly feel it!(For an explanation of how this works, read about the Amygdala Hijack)

Yet, this feeling of danger is not something that a person can be talked out of. Their partner becomes the enemy. Their very survival instinct does NOT want to change this perception.

Patterns of hostile-controlling behavior in couples is often hardwired into the neurological system that developed are reinforced over one's life-span. It is hard but not impossible to repair these circuits. For more information on interpersonal neurobiology see Daniel Siegel's work. 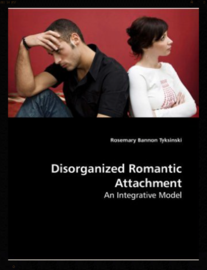